In love with Puglia ~ our charming picks in Terra di Bari!

Having had only a few days this time, our Puglia love story concentrated on the Province of Bari, called „Terra di Bari“, before the unity of Italy. So we love to share our highlights: In love with Puglia ~ our charming picks in Terra di Bari!

Puglia, situated on the ‘heel of the boot’ of Italy, is dotted with beautiful small towns in shades of white and gold, rich in churches and palaces, hidden piazzas and winding alleyways. For decades, it has been a popular summer location for northern Italians. Right now it’s only a matter of time before this beautiful region which has slowly been discovered by non-Italians becomes the next „hot spot“.

Bari
Bari is the main gateway to Puglia (the other airport is at Brindisi further south) and the capital of the region. It is busy and buzzing and it has a lovely old town, the Bari Vecchia.

The combination of old and new is ever apparent in this beautiful coastal city. Whereas you find a wonderful display of historical architecture, important buildings such as the Castel Svevo, there are some nice museums and appealing shopping streets in the modern town, with all of high street shops and also designer brands.

Polignano a Mare
Polignano a Mare is one of Puglia’s most picturesque seaside towns, and one of the most important ancient settlements in Puglia. Spectacularly perched atop a 20 metre-high limestone cliff above the crystal clear waters of the Adriatic.

Polignano is famous for three things. First of all for cliff diving. Second for its outstanding ice-cream, which is offered in lots of ice cream parlours throughout the town.The third and possibly most famous export of Polignano a Mare, however, is the great Domenico Modugno, who wrote and sang, apart others, the massive international hit, Volare (originally entitled Nel Blu Dipinto di Blu)!

In the tiny old town, you may find yourself getting lost in the winding streets and narrow alleyways, but in the end you will have reached one of three panoramic terraces, offering breathtaking views of the beautiful Adriatic Sea and coastline.

San Vito
Only a few kilometres away from Polignano a Mare, you reach a romantic natural port. It hosts the red and green colored traditional fishing boats, which supply several nearby restaurants daily. Docked in the bay, it gives a picturesque touch

Here, in this area of great archaeological importance, is the medieval Benedictine Abbey of San Vito, built in the 10th century with the relics of the saint and its precursors, Modesto and Crescenza.

Walking in the surrounding area, you can discover the Saracen tower. We spent a lovely evening in the rustic restaurant Benedettini, in front of the beach, which has an external staircase connected to the loggia overlooking the sea.

Monopoli
Monopoli is a lovely town for a day trip, somewhat bigger than Polignano a Mare. Again you can get lost strolling around its pier, old fishing port and atmospheric streets.

Like so many towns on the Adriatic, Monopoli’s history has been thoroughly influenced by its east-facing position. The symbol of the town is the Castello Carlo V (Castle of Charles V) which today hosts exhibitions and conferences. The castle is visitable and the view from the top is fantastic.

Porto Ghiacciolo
Just a few minutes drive from Monopoli is our favourite beach in this area. It is called “Ghiacciolo (icicle)” because the water is always ice cold. Completely blown away by the surrounding scenery we enjoyed a wide expanse of sand, a welcoming sandy sea bed and clear green water.

Located at the foot of the ancient and magnificent abbey of Santo Stefano (St Stephen), the view upon this ancient abbey is stunning.

The little restaurant/bar offers very good fresh fish, pasta and salads throughout the day on the beach!

Alberobello
ATTENTION – too touristy!!! An UNESCO World Heritage town made of 1500 Trulli (typical Apulian conical stone huts) it´s more like a fairytale town. We always expected to see a blue smurf emerge from these stubby homes of whitewashed walls and pointy roofs stacked with grey limestone.

In fact, most of the Trulli here have been transformed into souvenir shops, restaurants, cafés  only a few are real homes where people still live.

However, the way from Monopoli to Alberobello was worth the travel. It is a beautiful landscape, very idyllic and we were enchanted by the grazing donkeys.

The friendliness we have received and the authenticity have been one of the most charming reasons we love this area.
It is always worth to go and your heart will swell at the sights, the smells and the tastes of it all! 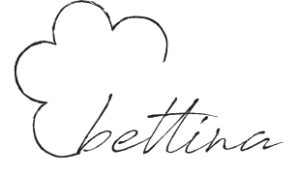 2 Kommentare zu “In love with Puglia ~ our charming picks in Terra di Bari!”